A downloadable Heredity Assassination for Windows and Linux

Heredity Assassination is an investigation, action adventure, RPG, where the player takes the role of Amanda walker, a new recruits to the CBI (Central Bureau of Intelligence) agent

6 months ago a virus called Z76 broke out in the state of Metro and millions died through infection. The CBI suspects a bio scientist Benjamin Jose is behind this out break, Amanda is assigned to capture him and investigate this case

There are three achievements in this game HONNOR, BRAVE, SKILLFUL

Gamery Den314 days ago
This is a really well made game and really fun too play. I did run into a bug when I got in the Nightclub but was able to countinue after lowering the resolution. Overall I really enjoyed the game alot!!!!
Reply
Epic Wolf Studio313 days ago

Thankyou for your support and feedback

It s a really good game.

I enjoyed this game. I found the investigation parts very interesting. Good job!

Thank you for your feedback really appreciate it

Need more improvement much to say. nevertheless,still enjoy the game

Thanks for your feedback will improve in the next update

Reply
miidnightriider8051 year ago(+1)
a little buggy but i made it to the end.
Reply
Epic Wolf Studio1 year ago(+1)

This game style was cool and I loved being the detective, Here's a lil video:

Thank you for your wonderful feedback

this was really fun, hope this game gets funded to get the full lunch id like to see the full game. keep up the great work familia :D

Thank you for your feedback , really appreciate it

And here is my walkthrough with a strong Persian accent 🤣🤣

Thanks for your feedback

The main page here lists Linux support but in the build folder all that is included for Ep1 there is just a Windows .exe file. Was it a mistake in listing the platforms or did you forget to include the Linux version ?

sorry it's is a error we will clear it

Thank you my friend

Was a pretty fun game, very unpolished, but has good bone work. One thing I could suggest is to only have one button to interact or pick things up, the multiple buttons to pick things up didn't really make sense.

Other than that, the story could be done a bit better, for examples; if the character was unassigned from the case, she shouldn't have access to the case files and continue to investigate.

Other than those things, optimising the game would be good as stuff in the second part was glitchy and didn't work really well.

But the boneworks of the game is there and could be pretty good if developed further, hope things go well as you work on the game!

Couldn't go past the Club still even when I lowered the graphics. Good Game though! I would like to play the next chapter when its available.

Thank you for your feedback,

Hey there developers! I just wanted to extend my thanks and gratitude for having me test the demo. Aside from my experience, I think after more improvements and fixes go into the game you will have a solid foundation for a capable game. This was just the type of humor I went for because of the elements the game reminded me of but thank you again for reaching out and I look forward to the changes you make for this game!

So I really liked this demo but, it does need some bugfixes/adjustments. I think the biggest issue is the lock/unlock cursor as killereks had pointed out. I wouldn't have been able to continue without their comment on how to make the cursor show up.

The slow walking and ability to move faster by running diagonally is a bit clunky. Some of the notes/items I didn't have time to read; the text disappeared too quickly off the screen. I think a mini-tutorial might be helpful for lockpicking (although it might not be necessary once the cursor is fixed).

Some of the character audio seems a bit low but the voice acting is really nice. I had an issue clicking on the security officer in the club because of the way the camera kept moving in and out so that's a bit frustrating. I did manage to finish the demo though.

I also really like the idea of finding evidence and linking it all together in order to try to solve a crime or gain a lead. I could tell a lot of work went into cutscenes and the main character's animations.

I'd love to see this game finished because I think it has the potential to be really good, if all the issues are fixed. Overall, I really enjoyed the demo and I'm glad the issues will be addressed for the final version.

Thank you for your review

The game is decent, but there is a lot of polish lacking, here are some issues that I remember:

I can see this game being decent if these things were polished.

Thank you for your review

Our game is above 1 gb,  itcho have a package limit of below 1gb that's why 🙄

They said If it is more than 1GB,contect us.

How can I play it complete?

Please wait the links not yet active

please check now you would be able to download

Yes, now I can, thanks 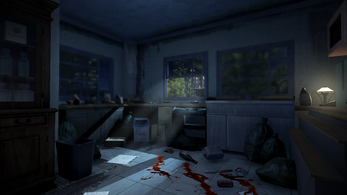 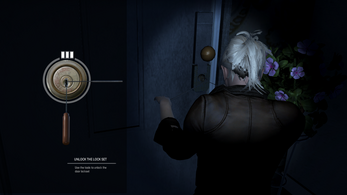 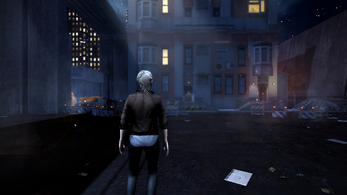 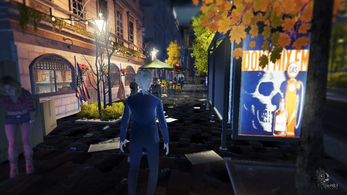 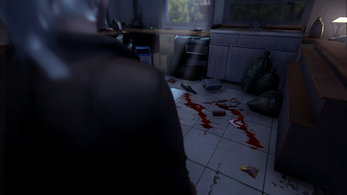 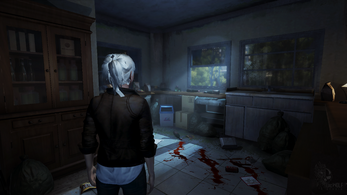 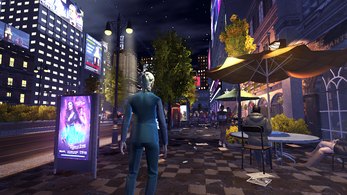 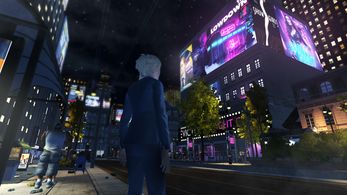